I have now returned from a six month sabbatical in which I travelled with my partner to Australia, New Zealand and Thailand to broaden my horizons and gain some further practical farming experience. As my partner is a farmer on the Shotley Peninsula in South Suffolk, this experience should prove extremely useful.Following an extremely uncomfortable 24 hour flight from London Gatwick, we landed in Perth where we stayed with a friend in the predominantly Jewish suburb of Coolbinia. A decade long mining boom supported by a healthy Asian market and foreign investment has seen Perth undergo intense but well planned growth and regeneration in the 21st century. In the city centre new high rise buildings are constantly under construction, whilst the historic architecture of buildings such as the Perth Mint, The Deanery and St. Mary’s Cathedral are fastidiously maintained. Across nearly all suburbs, the previously typical pre-fabricated bungalows with large gardens in quarter acre plots have been mostly demolished by developers to make way for new glass fronted two storey dwellings, completely filling their plots to leave very small or no gardens – an indication of how desired city lifestyles are changing.

Relatively strict planning laws and residential design codes imposed by PlanningWA have largely prohibited the sub-division of plots in most suburbs, and have also ensured that large areas of public open space are maintained on almost every block. The main infrastructure already in place, was installed with city growth in mind and therefore roads are large enough to support the increased population, and congestion is not an issue – as yet at least!

The famous city parks such as the stunning King’s Park (larger than New York’s Central Park) which are a haven for botanical plants, wildlife (and tourists!) give the city a sense of space and relaxation that I simply have not encountered in any other city – if I were to ever throw out my wellies in favour of a more urban lifestyle, Perth is certainly one of the only cities I would be happy to live in (sorry London). 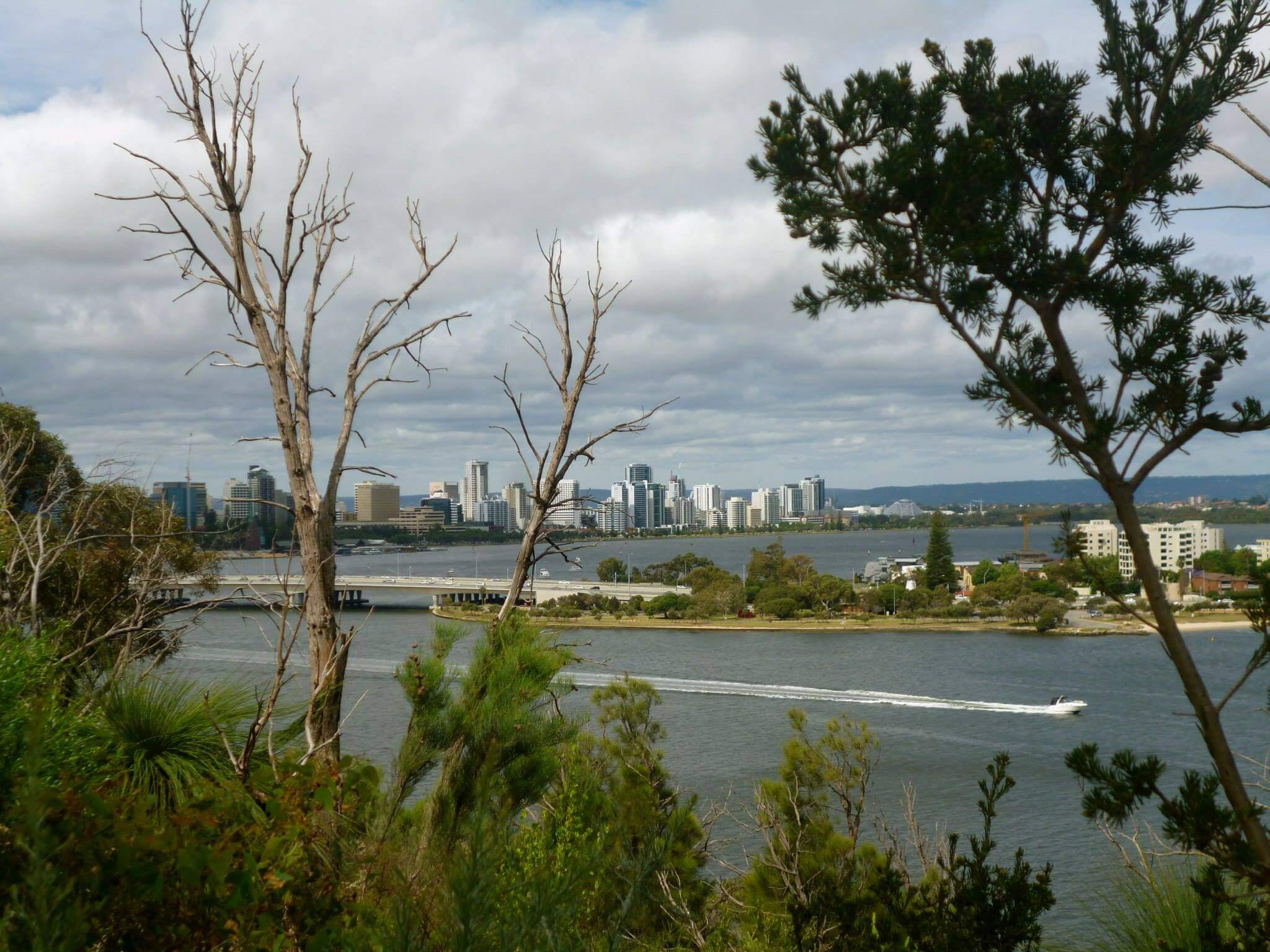 In terms of farming in Western Australia, we did visit our host’s friend who happened to be a diamond miner with a small holding just north of the city. Here we herded Alpacas – animals which unfortunately I am no fonder of for the experience.

From Perth we flew to South Australia where we stayed with friends on the famous Cornerstone Stud. The stud is very close to the beautiful Barossa, Clare and McLaren wine valleys – whilst I could pretend to comment on various real estate issues, I was really only interested in the excellent wine, beautiful vineyards and cellars of South Australia. It must be said that having entered the wine valleys as a solid white wine drinker, I left preferring red wine – Cabernet Sauvignon and Italian Nebbiolo in particular!

We also attended a rodeo which was fantastic fun, and visited the RM Williams Museum where a number of purchases were made, quite possibly explaining the now sorry state of our bank accounts. 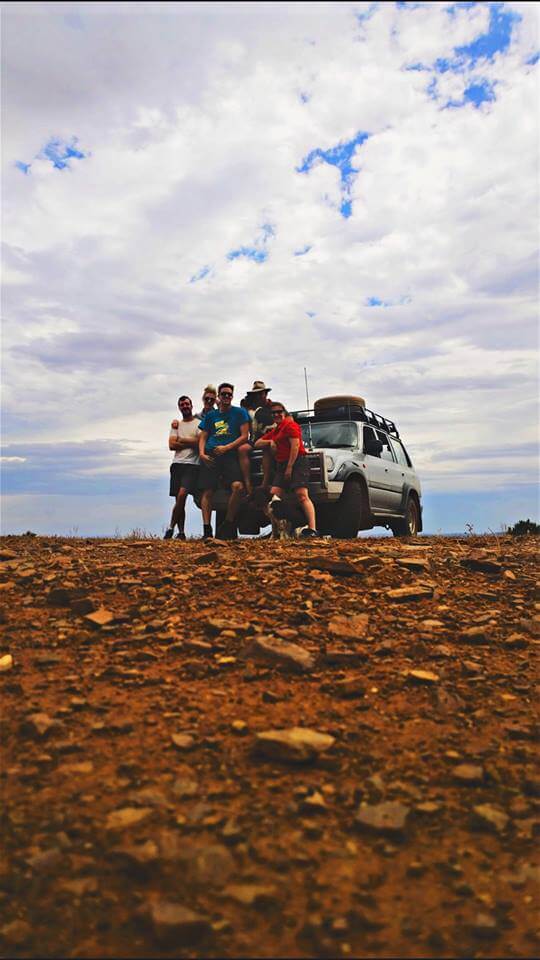 Offroading in the vast and lonely Bendelby Ranges 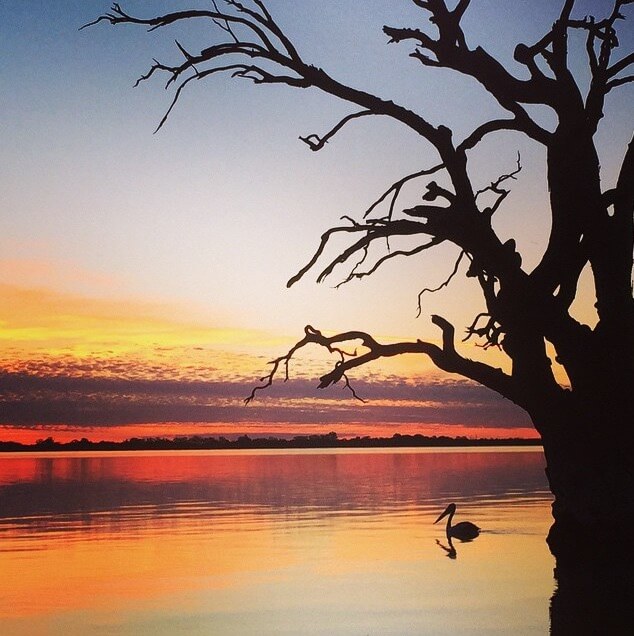 Stunning sunset whilst we were camping at Lake Bonney, South Australia 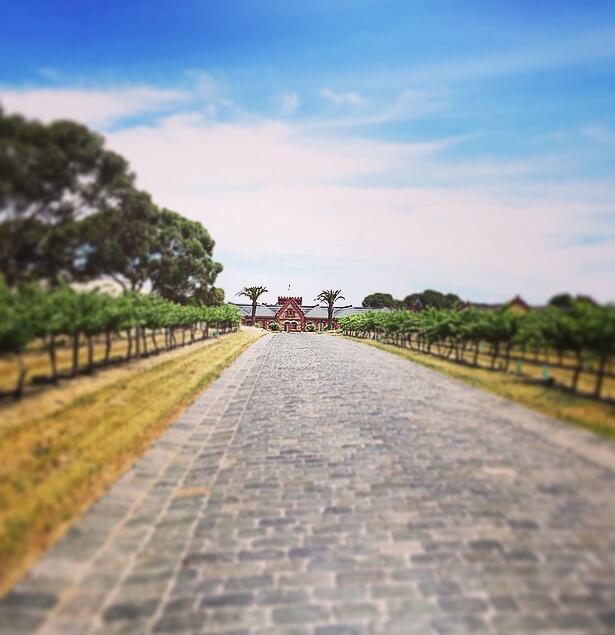 The beautiful Chateau Tanunda – the best cellar door we visited by far! 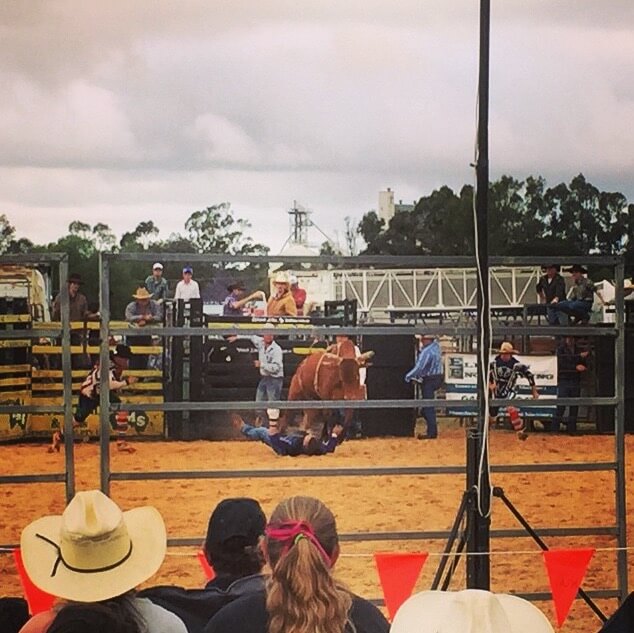 A cowboy taking a tumble at the Kapunda Rodeo

Next we drove on to Yarroweyah, Victoria via the famous Great Coastal Road. Here we spent a fortnight working for a dairy farmer who heralded from New Zealand, on his 500 acre farm with 150 head dairy herd. Prior to this experience I had been intimidated by the large dairy parlours I had seen in the UK, but I soon got to grips with to 25 a-side herringbone ‘shed’ with automatic cups and really enjoyed working with the cows, who all had their own habits and personalities – cow #23 was my favourite, being the only animal to permit cuddles.

An obvious highlight of my fortnight on the dairy would be my day spent picking up sticks in 40 degree heat. Due to the area’s hot and dry weather the cattle paddocks have plenty of trees to provide shade. These trees drop branches and sticks, which then get stuck in the cattle’s feet causing lameness – removing the sticks therefore minimises this risk, so it was not a completely ridiculous exercise.

From Victoria we drove on to Melbourne city for just two days where we caught up with friends from the UK, before a very quick tour of the Australian east coast from Brisbane and Rainbow beach right down to Sydney with the usual stops such as a Fraser Island tour and spending Christmas morning on Byron Bay – spending the day surrounded by good looking Australians in board shorts, bikinis and Santa hats was definitely a surreal experience for a die-hard snowy Christmas enthusiast. 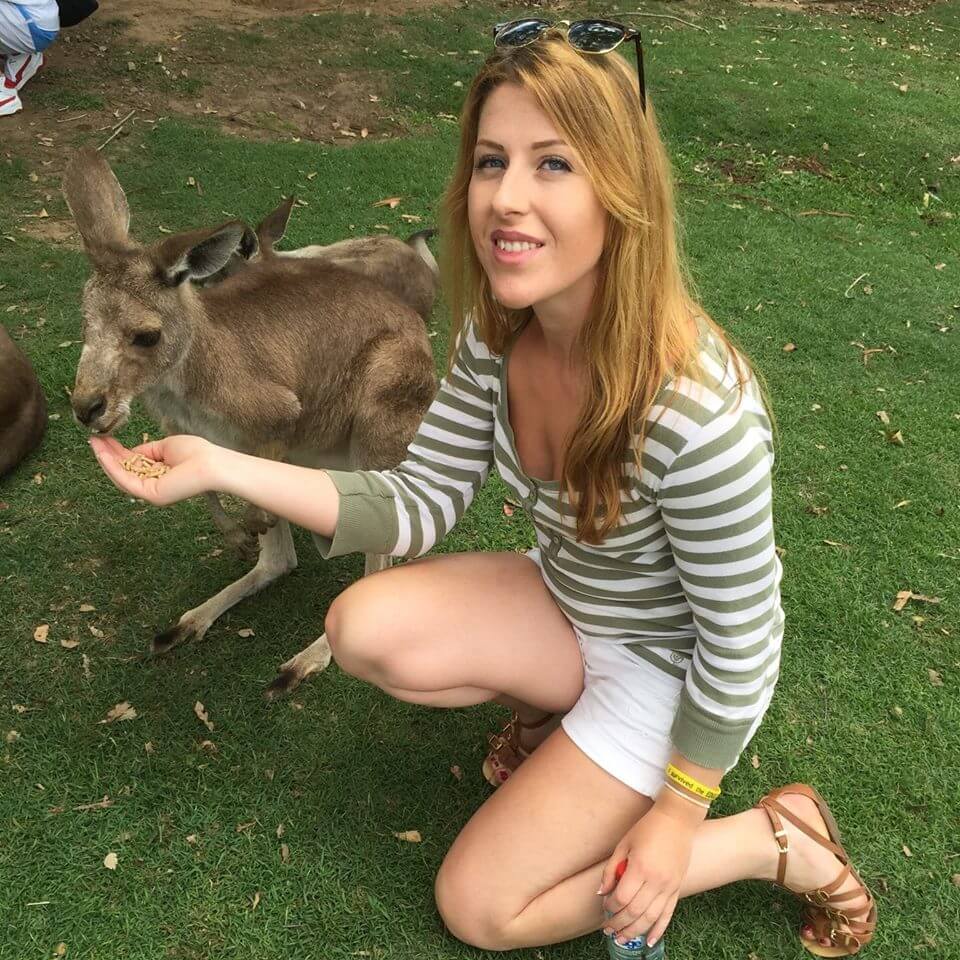 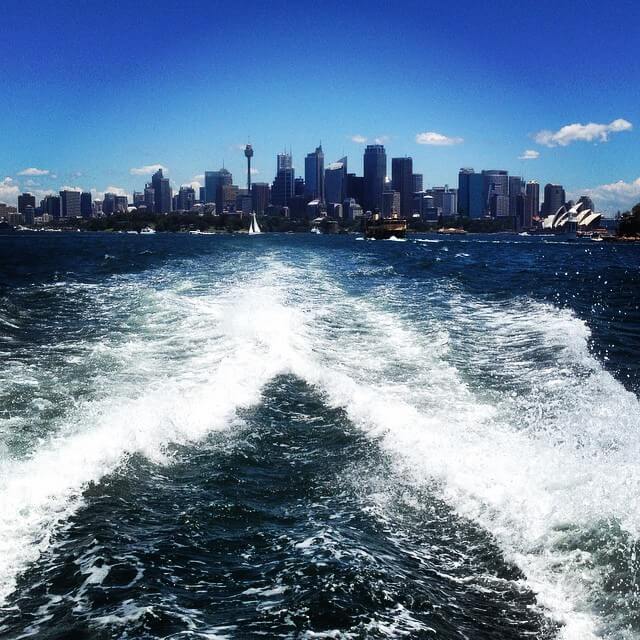 On to my three months in New Zealand which is where the real farming began, as agriculture is the largest tradable economy in NZ contributing approximately two thirds of the country’s exported goods. I worked for three months on an arable farm on the Canterbury Plains not too far from Christchurch. Having previously worked a harvest in the UK on one of the former ‘Co-Op’ farms I did have some experience going into this, though the differences between UK and NZ farming practices were quite notable.

Unlike UK farming which is subsidised through Common Agricultural Policy, NZ arable farming generally is not. Though equally, there is not the same extent of environmental regulation and legislation that we have in the UK – the burning of stubble and washing out of sprayer tanks into ditches was fairly common practice, whilst the maintenance ‘buffer strips’ and the like definitely was not. Farmers tended to have more involvement with the supply chain of their crops, with many owning their own ‘trucks’ to transport grain and straw to customers (mainly dairy farmers).

I saw that dairy farming in NZ is big business, taking advantage of the huge demand for milk products from Asia – previously milk prices per kg were heavily subsidised by the government, subsequently causing the price of land to rocket (hence, the kiwi dairy farmer I worked for emigrating to Victoria, Australia where land prices are much lower). High milk prices meant that dairy farmers felt safe to take out huge loans to install new state of the art dairies. However, in December 2014 the government cut milk price subsidy almost in half so it will be interesting to see how the dairy farmers respond, particularly in terms of paying back these loans.

On a lighter note, in terms of practical farming, I learnt plenty. For example, it is easy to harvest for 26 hours straight when a good ‘norwester’ wind keeps the grain dry though the night – carting barley as the sun rose is one of my favourite memories (I subsequently also learnt that it is perfectly acceptable to have ‘Monster Burgers’ for supper 10 days out of 12 when harvesting until late). I gained much more experience in unloading into augers and silos, where grain sheds are not particularly widely used as they are in the UK. I also learned how to rake straw for baling, loaded and unloaded thousands of bales of pea straw and got to grips with using fairly large cultivating equipment that no one would ever have dared to let me loose with in the UK! 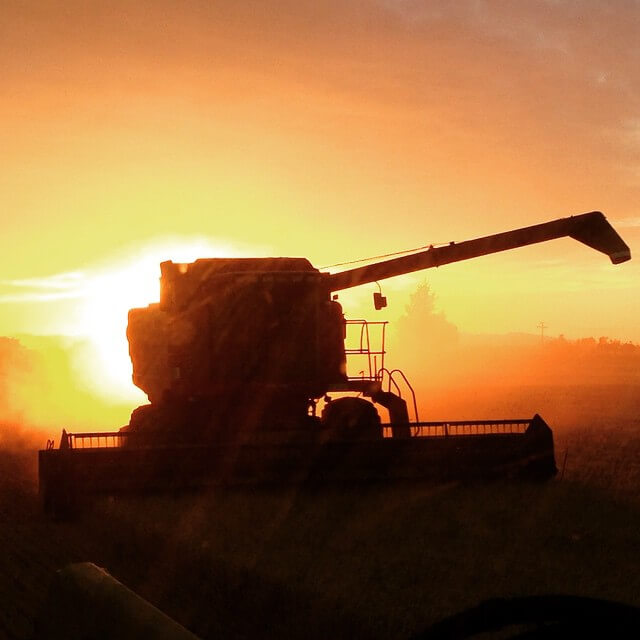 I also found time to travel all over both the North and South Islands, squeezing in white water rafting, water-skiing, mountain biking, fishing, glacier hikes, mountain hikes and seeing the generally incredible scenery the country has to offer. 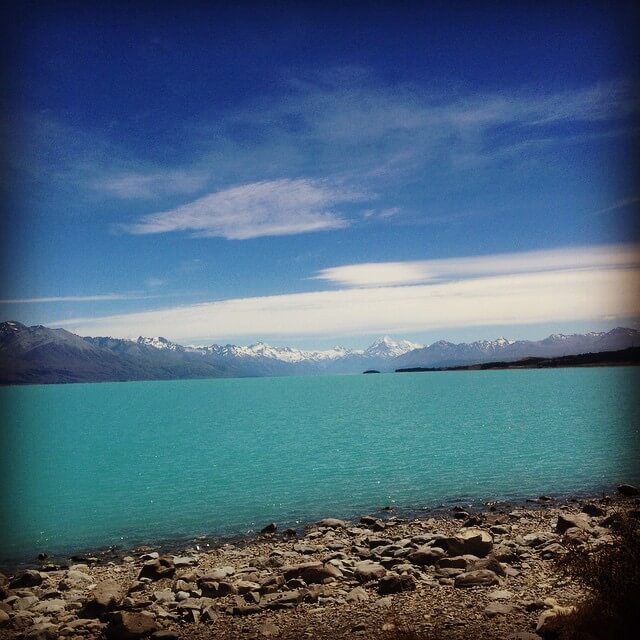 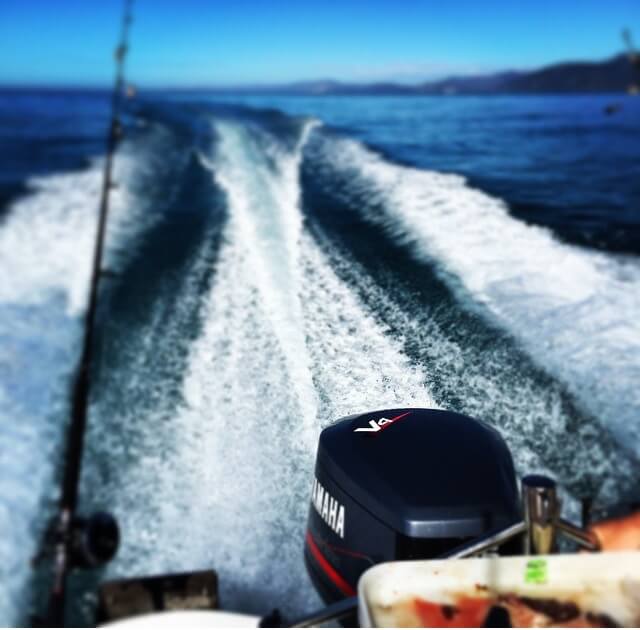 Sea fishing off the coastal town of Kaikoura – 12 blue cod in 20 minutes! 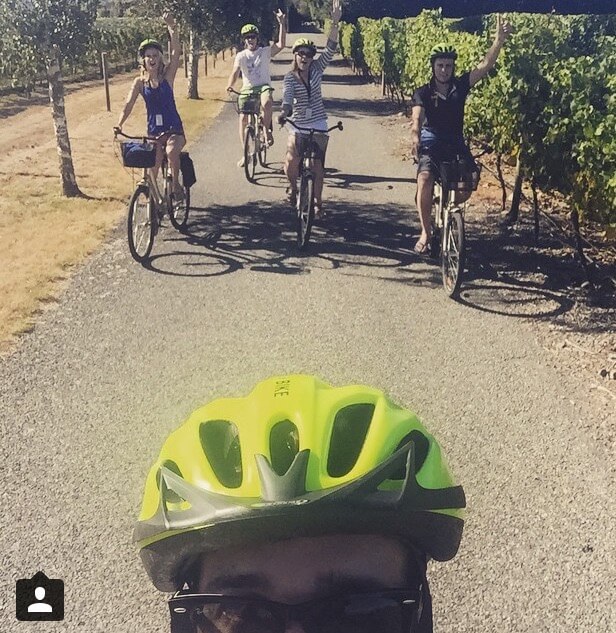 I then had a three week stint in Thailand spending time in Bangkok, Phuket, Phi Phi and the surrounding islands which was a welcome and relaxing break before flying back to the UK and getting back stuck into real life again. 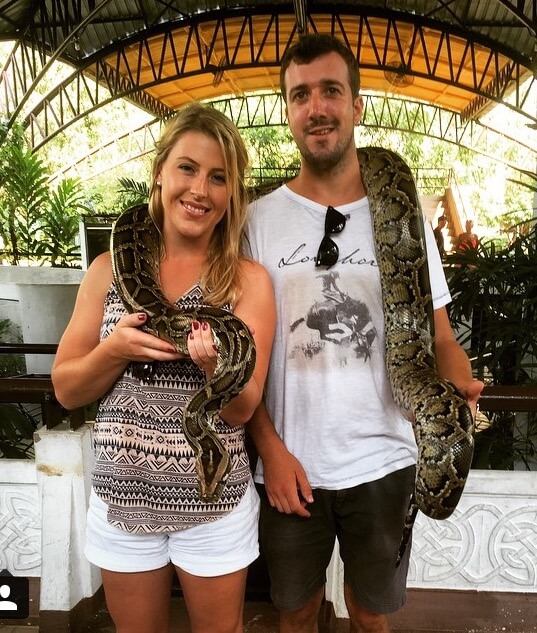 Holding a huge python at the Bangkok Snake Farm!

Now I have returned to Woolley feeling refreshed and a little worldlier, I have a much more focussed idea of what I want to achieve here and cannot wait to get back into the thick of things – we already have some exciting ideas in the pipeline!

With all best wishes,